Out now and available from Four Courts Press: 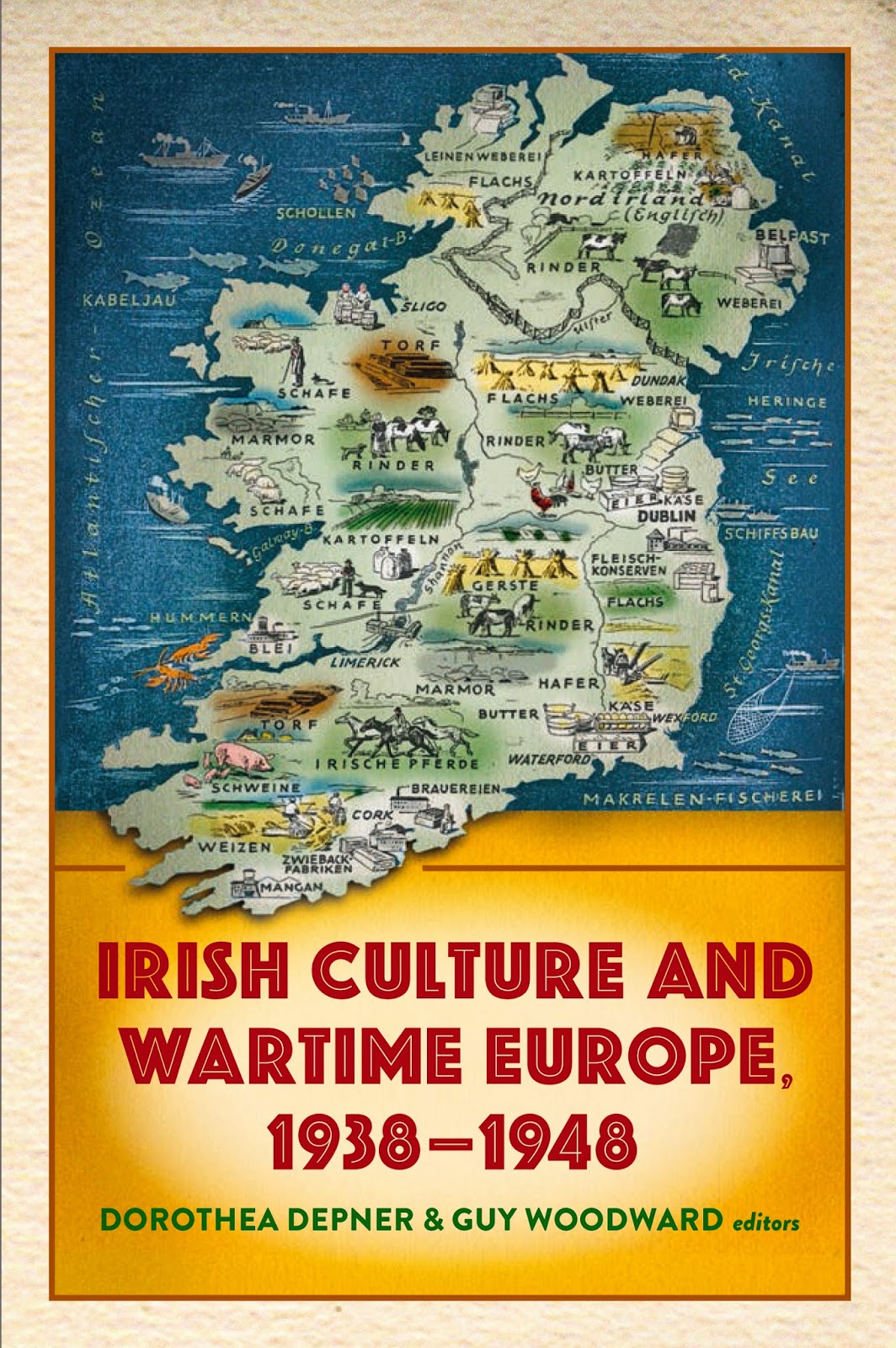 Irish Culture and Wartime Europe, 1938-48
Dorothea Depner & Guy Woodward, editors
The decade between 1938 and 1948 was a time of immense upheaval across Europe which deeply affected Irish writers and artists. Many of them had travelled extensively across the Continent and some returned there even in the face of war. At the same time, a number of their English counterparts took refuge from unfolding events in Ireland. Taking these intersecting journeys as a starting point, the essays in this collection explore afresh the cultural history of this decade and the continuing impact of the events around and during the Second World War on Irish literature and culture. They represent, as R.F. Foster writes in the Foreword, ‘a suggestive exploration into an imaginative territory which has been too long left uncharted.’
The essays address writers including Samuel Beckett, John Betjeman, Graham Greene, T.H. White, Stephen Gilbert, Denis Johnston, Patrick Kavanagh, Louis MacNeice, Kate O’Brien, Francis Stuart and Evelyn Waugh, as well as the painter Nevill Johnson. During this turbulent decade, their engagements with home and abroad, self and other, complicate established narratives of Irish neutrality and isolation and shed new light on the intricate cultural and historical interconnections between Ireland and Europe.

We would like to thank all who attended the symposium on Friday, and to thank especially all those who presented papers. We very much enjoyed meeting you all and feel that the discussions that developed over the course of the day opened up some new and fruitful lines of enquiry. Given the enthusiastic response we received, over the coming weeks we will examine ways of taking this project forward and will announce any news on this front here.

We are delighted to announce that the Documents on Irish Foreign Policy project at the Royal Irish Academy will be tweeting several primary source documents to coincide with relevant sessions at the symposium on Friday June 14.

These documents detail aspects of the wartime experiences of James Joyce, Francis Stuart, Samuel Beckett, and Denis Devlin from an Irish diplomatic perspective.

If you'd like to mention the Writing Home symposium on Twitter, we'd be delighted if you would use the hashtag #writinghome2013
Posted by writinghome2013 at 11:33 1 comment:

Click here for details of contributions and contributors to the academic symposium on June 14.
Posted by writinghome2013 at 04:52 No comments:

We are delighted to announce the full programme for the symposium. 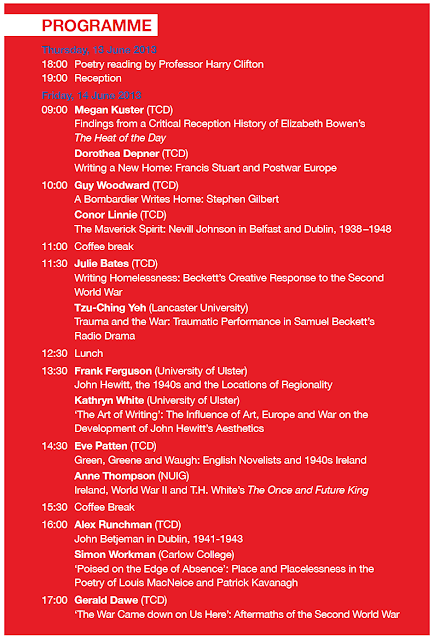 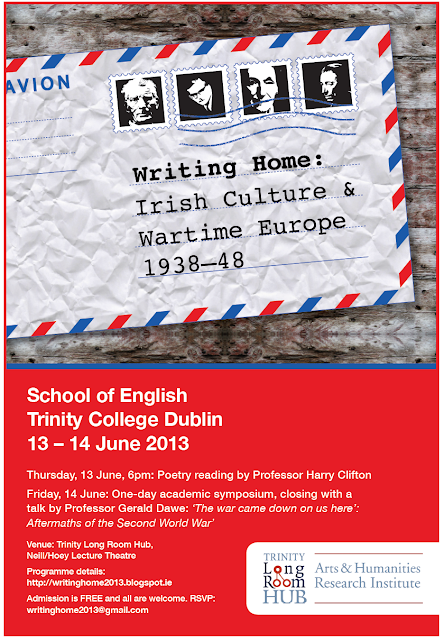